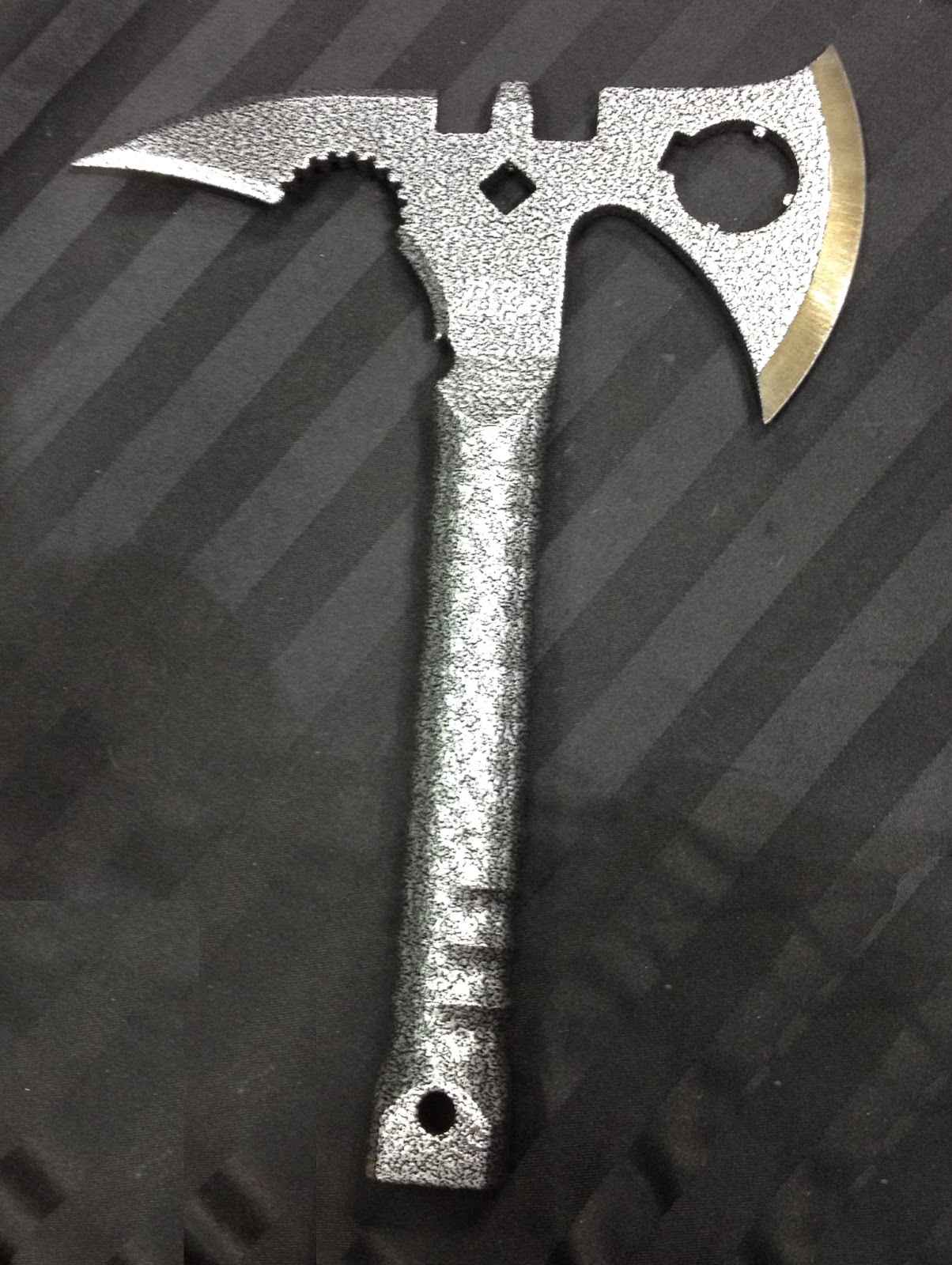 NRA Convention 2014 had some interesting surprises.

"The DS Arms Z Hawk incorporates the standard AR15 armors tools into one of the most already versatile tools on the planet, the tomahawk! The DS Arms Z Hawk enables you to perform a variety of gunsmithing actions to your AR15 rifle. AR15 based tools incorporated into the Z Hawk include the castle nut wrench, barrel nut wrench, flash hider wrench and A2 receiver extension wrench. The Z Hawk also accepts a ½ driver, has a bottle opener, base that can be used as a hammer and a lanyard loop. The Z Hawk is made from carbon heat treated steel and finished with an extremely durable powder coat finish. "

Email ThisBlogThis!Share to TwitterShare to FacebookShare to Pinterest
Labels: Want

In Case of Zombies 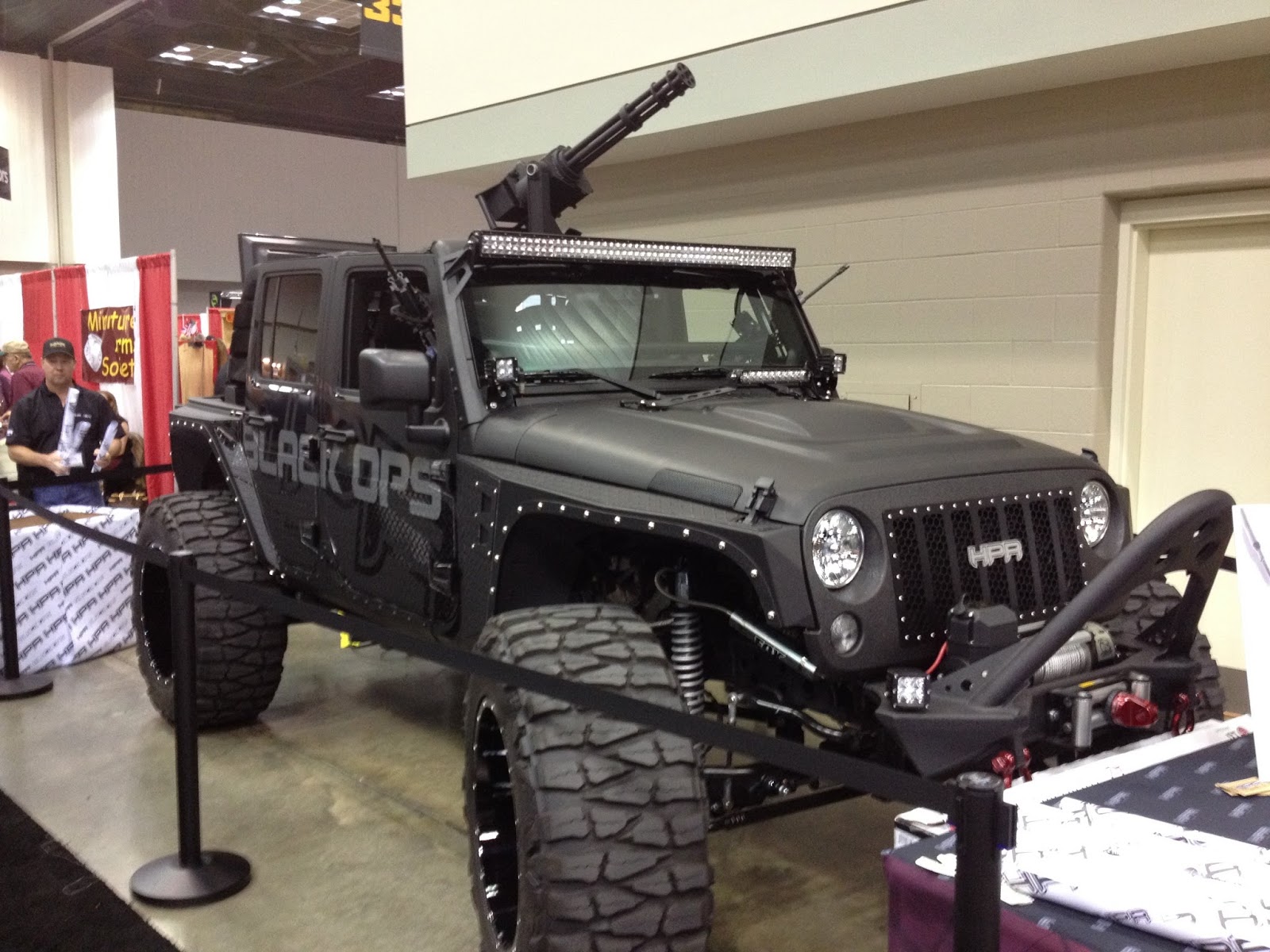 Zombies were more popular than ever at the NRA convention this year.

There was lots of Zombie themed targets, guns, knives and other items.

I think the best example was this Bug Out Vehicle! The roof mounted mini gun and two door mounted guns are perfect for the Zombie apocalypse or heavy morning traffic on your commute!

I can't imagine how much this thing cost to put together. 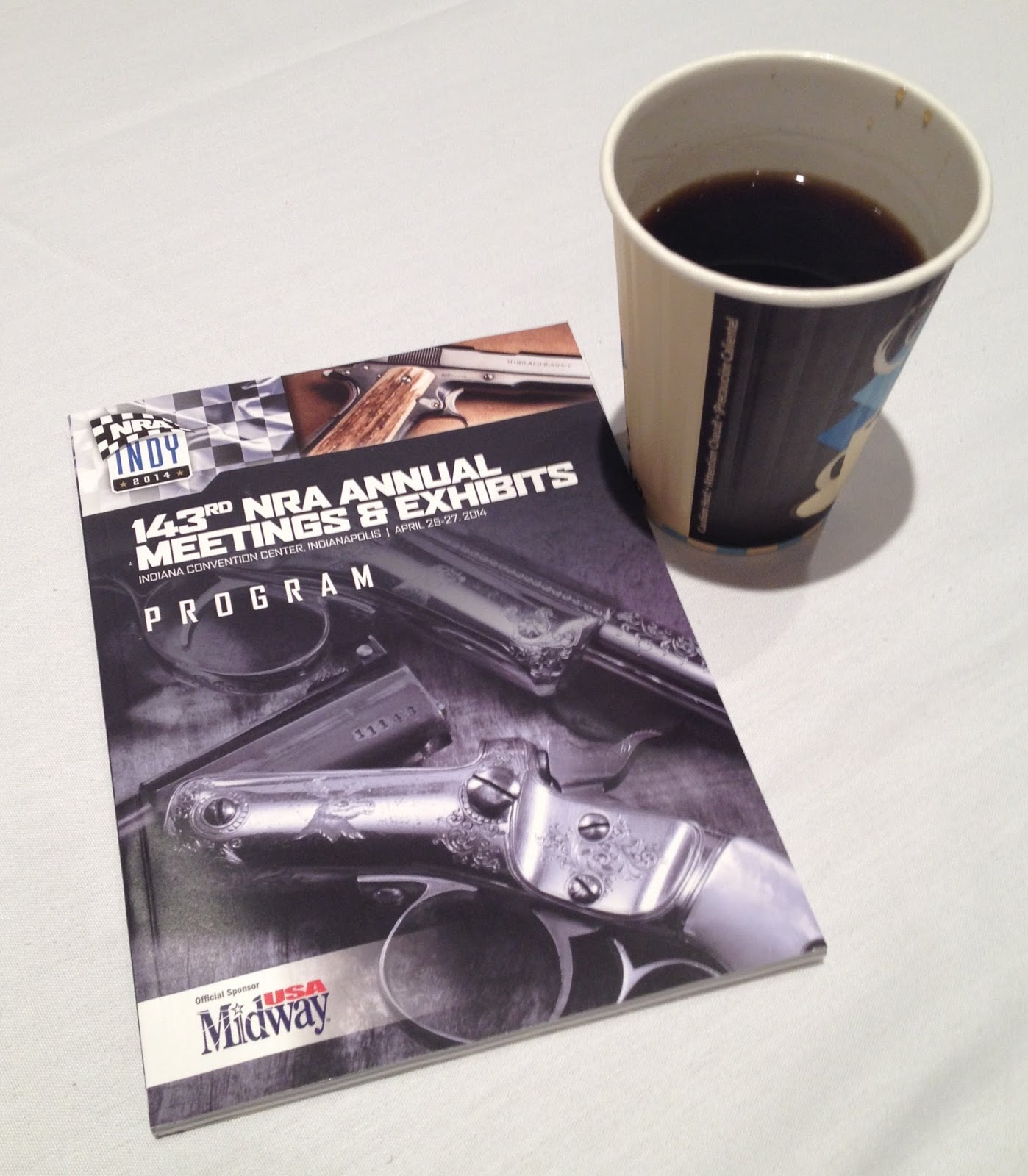 I just got back from the NRA 2014 Convention.

It was a great trip. Saw a lot of old friends and met a lot of new friends. 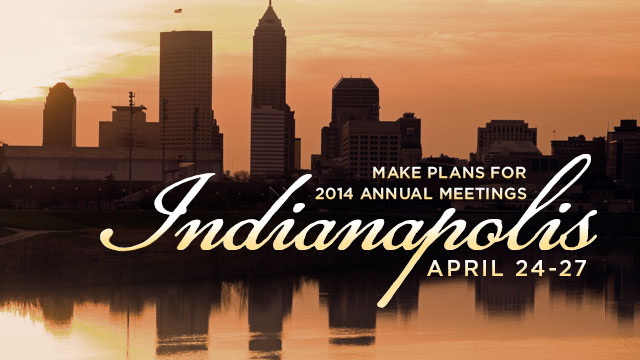 I am heading out today for the NRA Annual Meeting and show.

I have not been there since Pittsburgh. I have my most comfy shoes ready.

This will also be my first big roadtrip since my spine surgery last winter.

I am going to try to post from the Meeting!

This guy lays it out.

I made a quick range trip. In an unusual series of events I only took one firearm to shoot.

I took my Suppressed Roni/Glock 21 SBR.I have a new EOTech that I needed to sight in. It was fun. 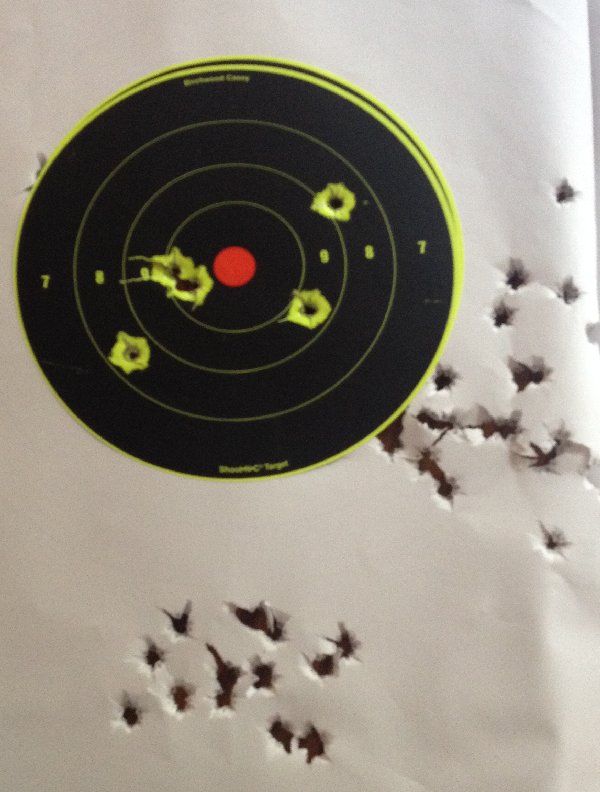 I walked in the sight at 25 yards and then at 50 yards. I forgot to bring my spotting scope or binocs. My eyes are not what they use to be but if you drop a whole mag you can see where they go.

I can't believe how much .45ACP drop.

The only problem was that when the gun heats up the suppressor begins to work loose.

Tightening the can when it's HOT is not much fun!

Email ThisBlogThis!Share to TwitterShare to FacebookShare to Pinterest
Labels: Problems, Range, The Collection There's no way to rule innocent men. The only power any government has is the power to crack down on criminals. Well, when there aren't enough criminals, one makes them. One declares so many things to be a crime that it becomes impossible for men to live without breaking laws.”
― Ayn Rand

The smallest minority on earth is the individual. Those who deny individual rights cannot claim to be defenders of minorities.
--Ayn Rand

We're told cars are wasteful. Wasteful of what? Oil did a lot of good sitting in the ground for millions of years.
– P.J. O'Rourke

Each of us has to decide what the right balance is between being effective and being honest.
– Stephen Schneider, climate change scientist

One of the most dangerous features of the global warming religion is its level of intimidation.
– Walter Williams
at Sunday, April 20, 2014 1 comment:

Yet another short shotgun I am lusting after. This one is from Benelli.

As you know. I am a sucker for a short shotgun. This vid also explains why these are defined as an AOW ($5) and not an SBS ($200). If you really like recoil you might need one.

How Many Peeps Will Stop A Bullet?

I saw this over at TBolts place. I will have to watch all her vids.

I have been enjoying the hell out of VA Gun Trader this week.

If you have never checked it out, and live in VA, You really should.

To do it right you really need to go there daily and keep an eye out. It also gives you a realistic sense on the value of a firearm.

Email ThisBlogThis!Share to TwitterShare to FacebookShare to Pinterest
Labels: I Love VA

I was at the Smithsonian National Art Museum today and was suprised to see a rifle on display in the Portrait Gallery. 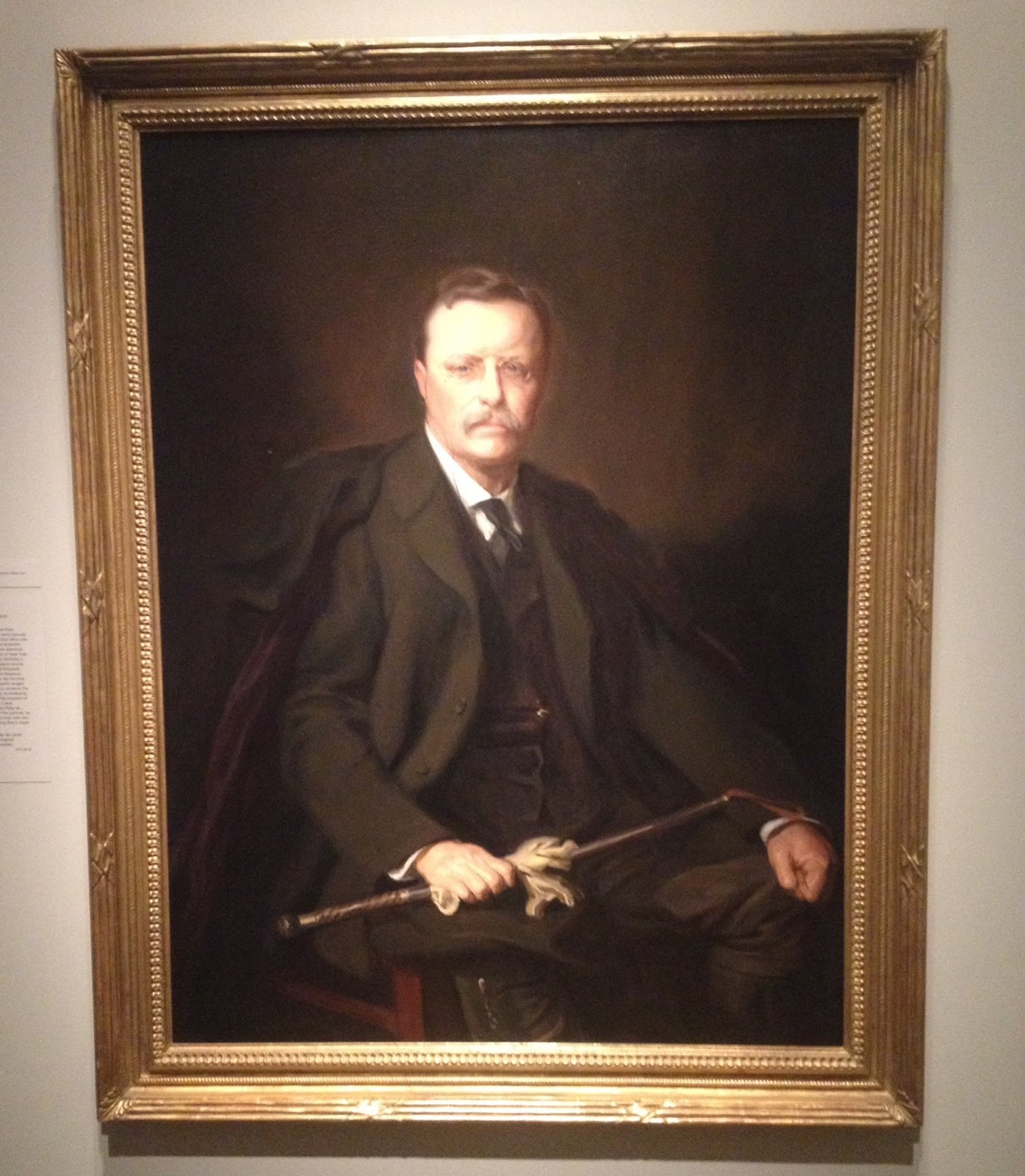 I should have known. I look to the left and there is the Portrait of President Roosevelt.

This was Teddy's Springfield.

This was one of three firearms he purchased for his hunting trip to British East Africa.

--It was a beautiful day.

Email ThisBlogThis!Share to TwitterShare to FacebookShare to Pinterest
Labels: History

We have a system that increasingly taxes work and subsidizes non-work.
– Milton Friedman

The people are hungry: It is because those in authority eat up too much in taxes.
– Lao Tzu

The only difference between death and taxes is that death doesn't get worse every time Congress meets.
– Will Rogers
at Sunday, April 13, 2014 1 comment: 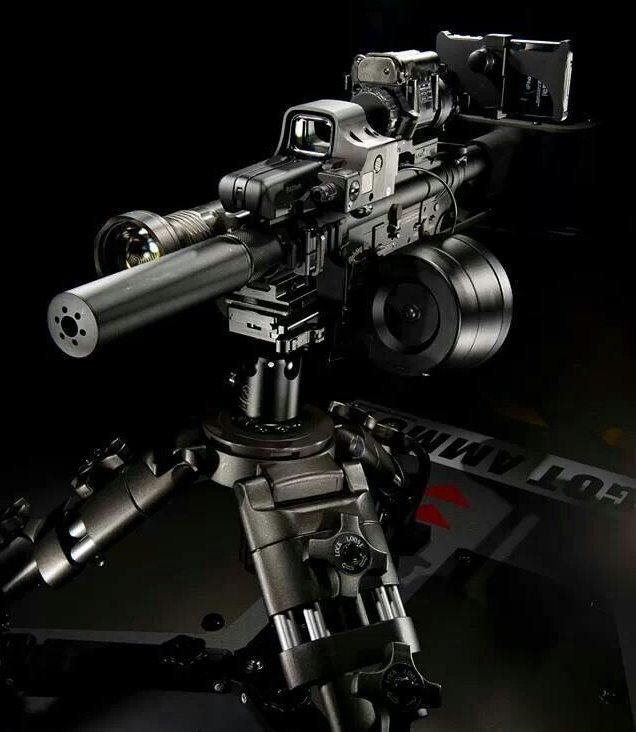 A friend sent me a pic via email.

I would love to build a remote controlled sentry. Here are the features of this that I like:
The parts I would have to make:
While researching the legal traps I could even use an Airsoft AR as the foundation. 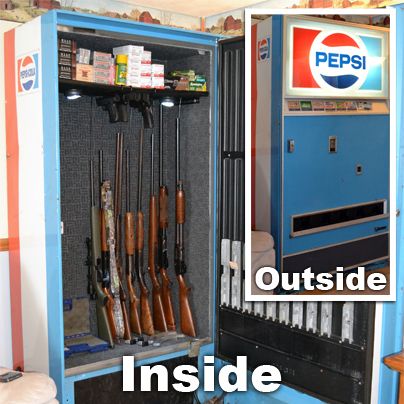 Here is another hidden gun safe that would be good for a dusty corner of your garage.

This not only locks, it has really good internal volume.

It could even be plugged in so it could have interior lights, dehumidifier and maybe even some security systems.

I would also remove all the compressor and motor gear and install a drawer in the bottom. 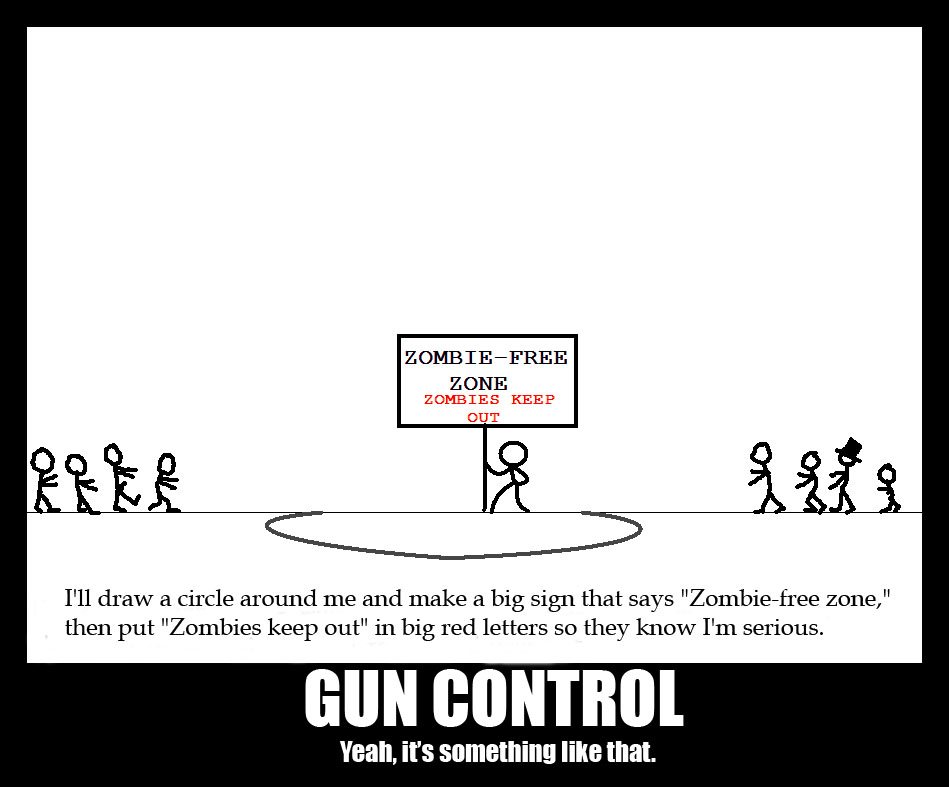 Last night the Church I have attended voted to become a Gun Free Zone.

I have been a member there for over 20 years. Intolerance and political bigotry has become acceptable behavior there in recent years.

I had made my views clear to the congregation, minister and the board of directors. It's easy to leave with my children grown and my wife of the same exact opinion as me.

In an ironic turn of events, I suddenly have thousands of dollar freed up in my budget that will now go to the 2nd Amendment Foundation and a Lifetime Membership to the NRA. 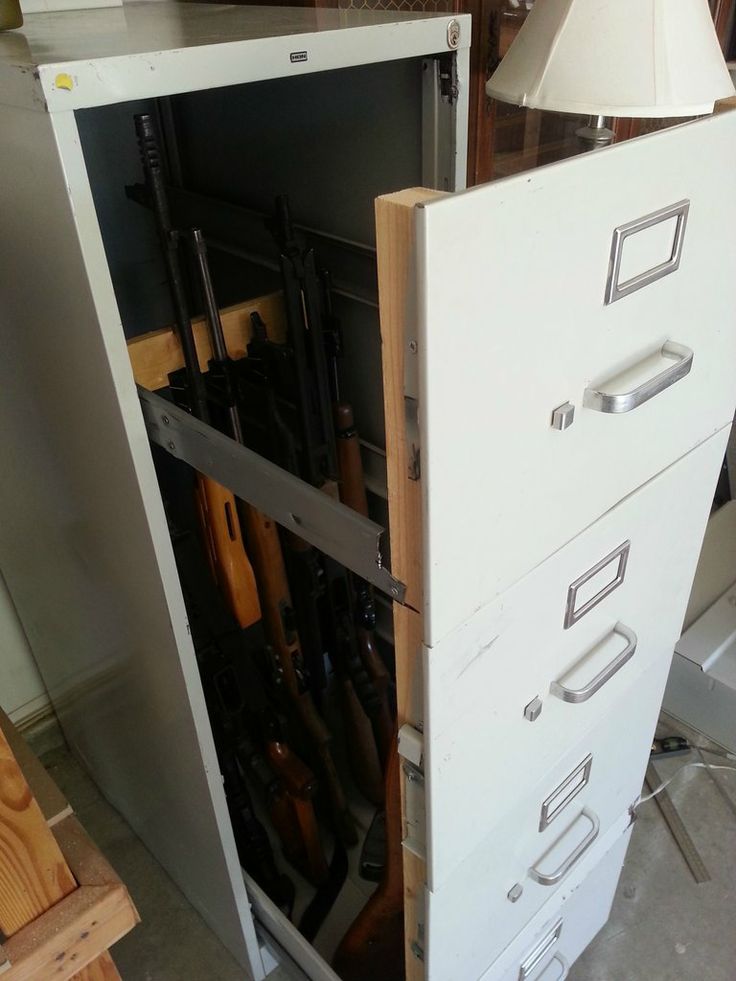 A Friend sent me this image of a Do It Yourself locking gun safe.

I have a tall, five drawer filing cabinet that I could see being refit like this.

As I was looking at mine I might have seen a design flaw. If you make these mods and fill it up with long guns, then slide open the drawer, it could tip.

The advantage of the file cabinet normally is that you open only one drawer at a time.

To make this work you would really need to bolt the whole thing to the floor or the wall behind.

I can't say that this would even be good hidden storage. Burglars would still open it. This lock would slow them down but not stop them.

Are you ready for the pending Zombie Apocalypse?  This guy is! Seen in WIRED! 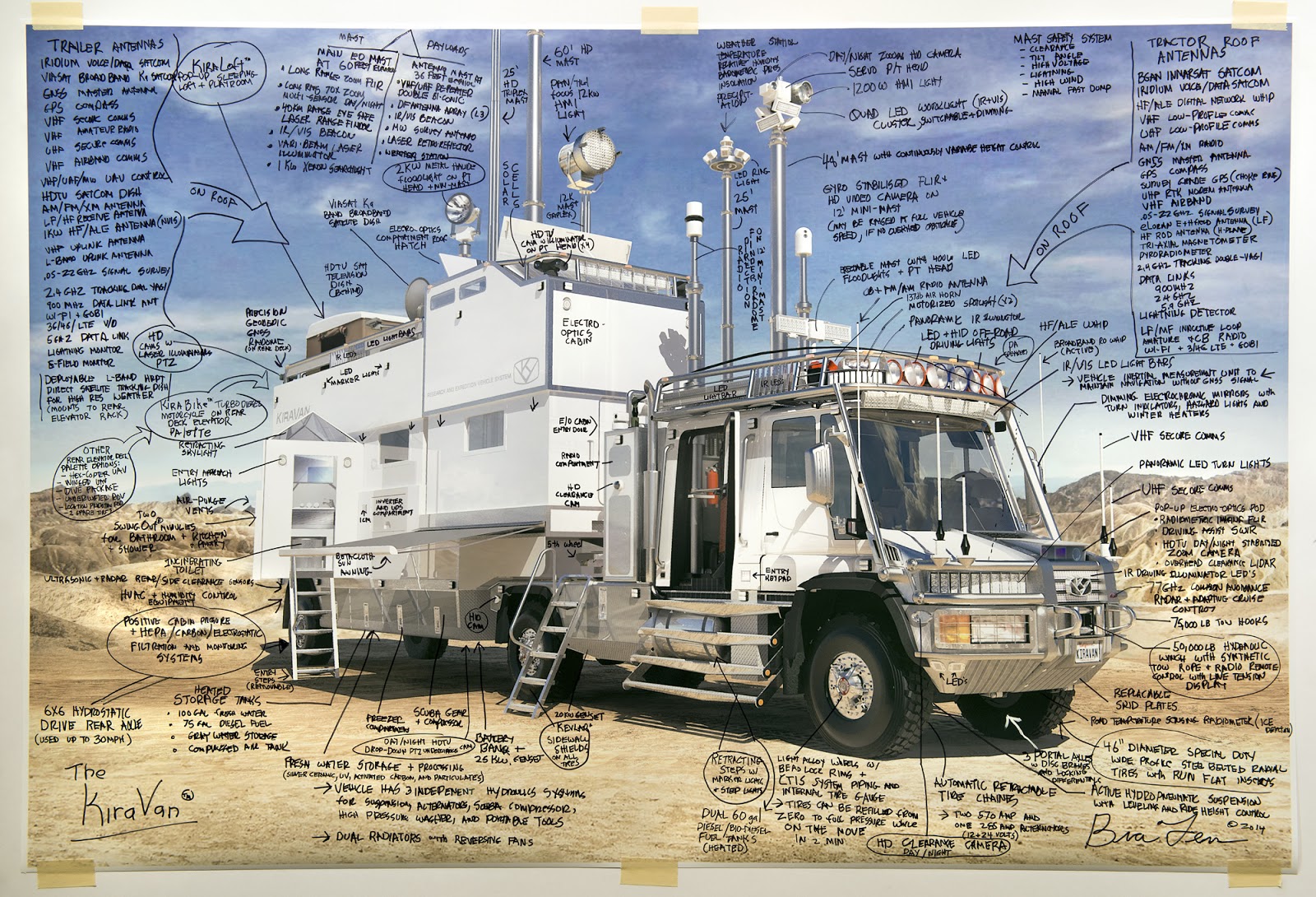 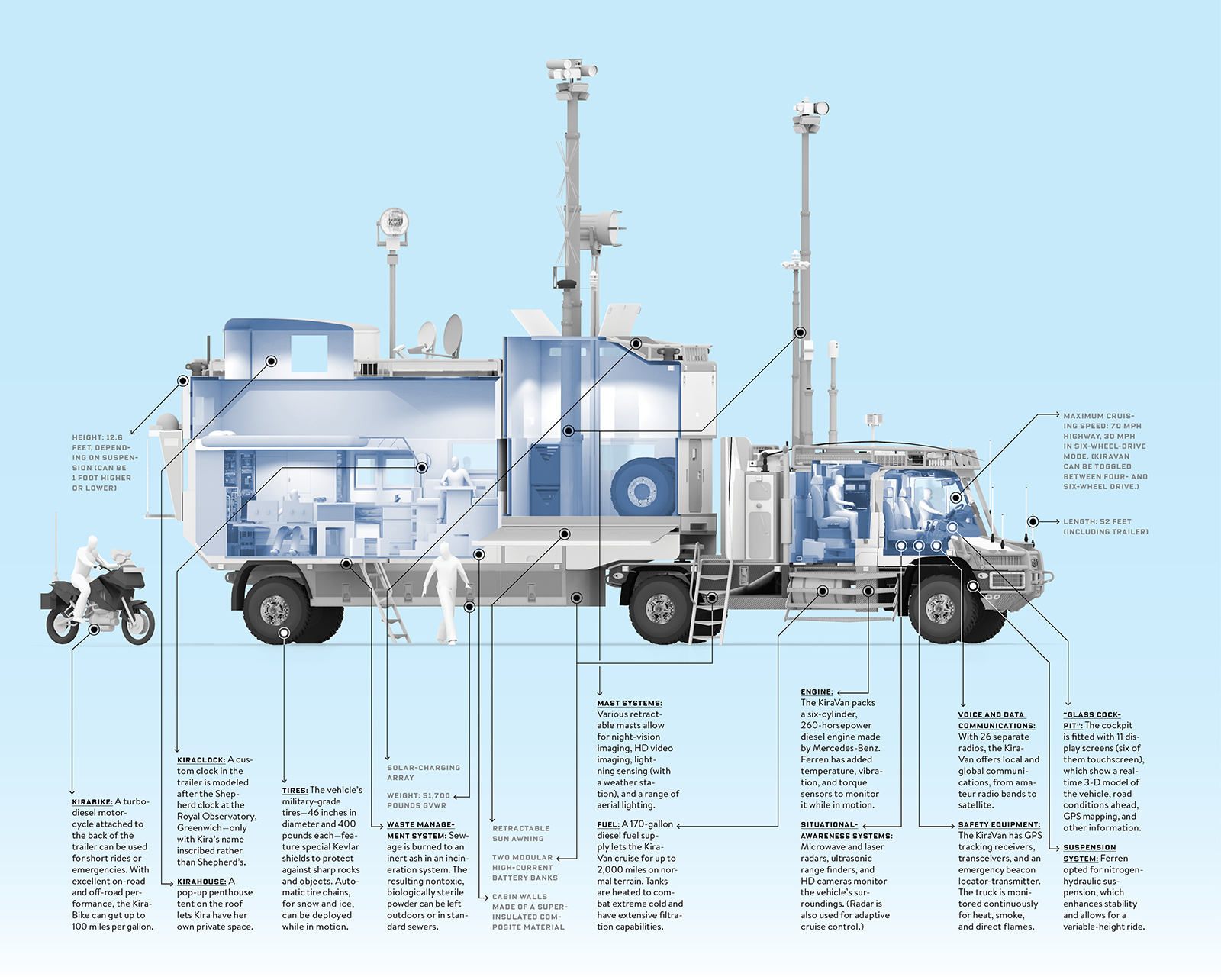 I have had this gun on my want list for a long time. Sounds like they have worked most of the bugs out! 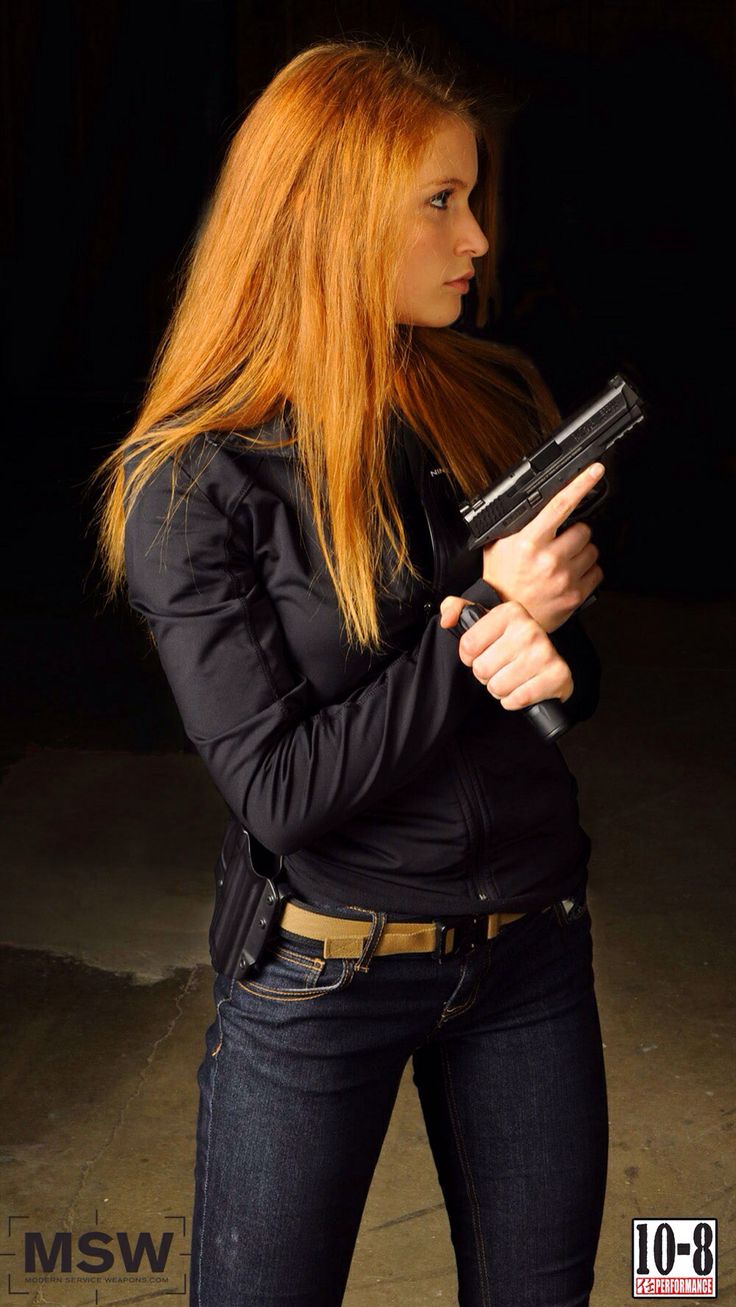 In Louisiana, we don't bet on football games, we bet on whether a politician is going to be indicted or not.
- Mark Duffy

A little government and a little luck are necessary in life; but only a fool trusts either of them.
- P.J. O'Rourke

Gambling known as business looks with austere disfavor upon the business known as gambling.
― Ambrose Bierce

The American Dream was about individualism and the opportunity to achieve success without interference from others.
– Robert Ringer
at Sunday, April 06, 2014 1 comment:

Email ThisBlogThis!Share to TwitterShare to FacebookShare to Pinterest
Labels: Quotes, Women with Guns

I know they are not very useful, but I still love me some short shotguns. One of the basic problems with a short shotgun is their ammo capacity. I saw this puppy on Pinterest.com and thought it would be awesome with a pistol grip!

Mag fed is awesome. I would pistol grip this and add a single point sling and have a pile of fun!

--I have that shoulder stock on another shotgun already!
at Saturday, April 05, 2014 1 comment:

I saw these images about the Four Rules on Pinterest.com and it's always good to remind people of them. So happy Friday and keep your bugger hook off the bag switch. 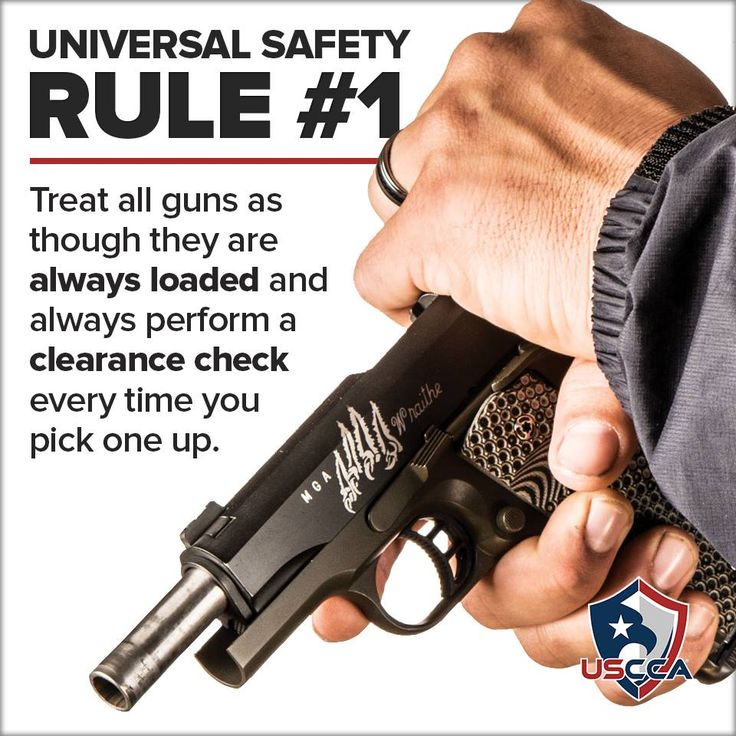 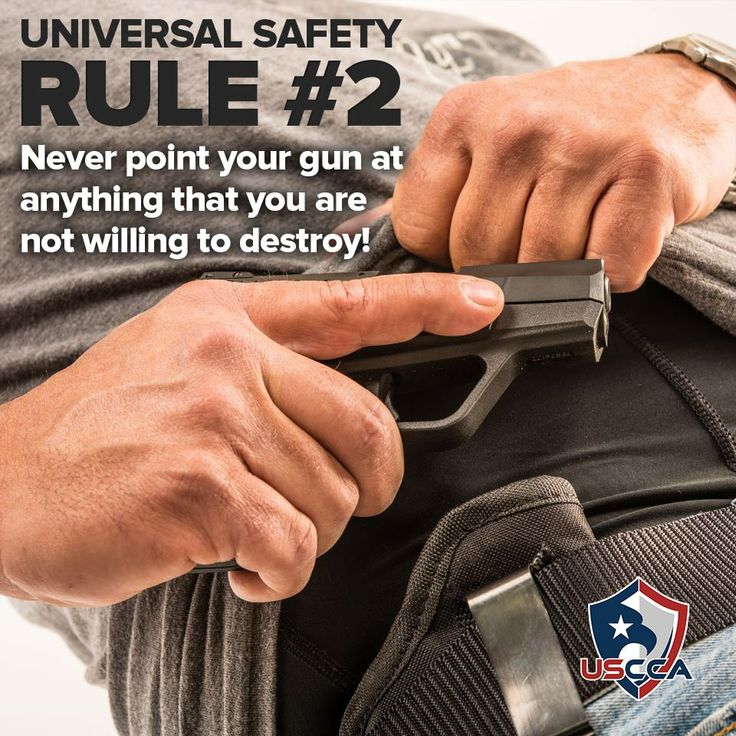 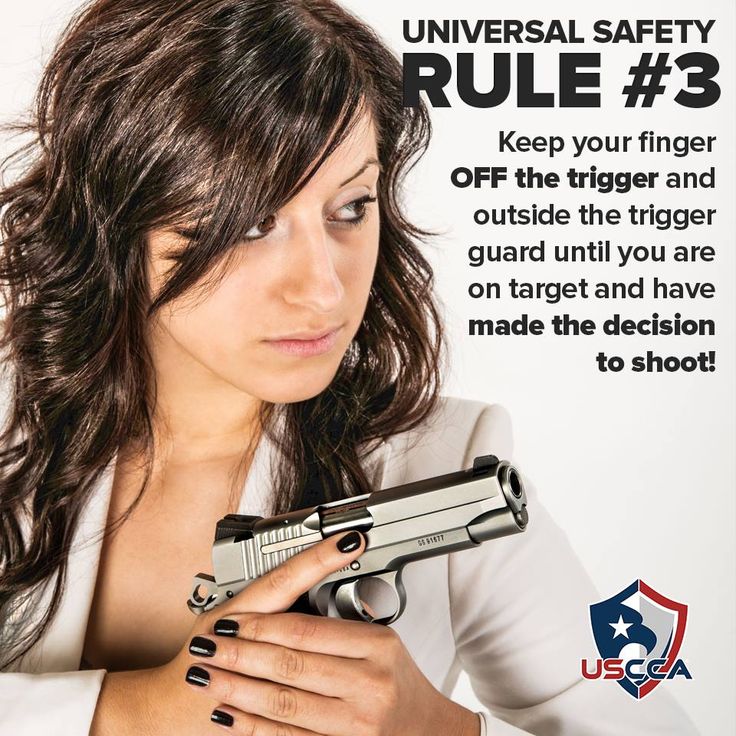 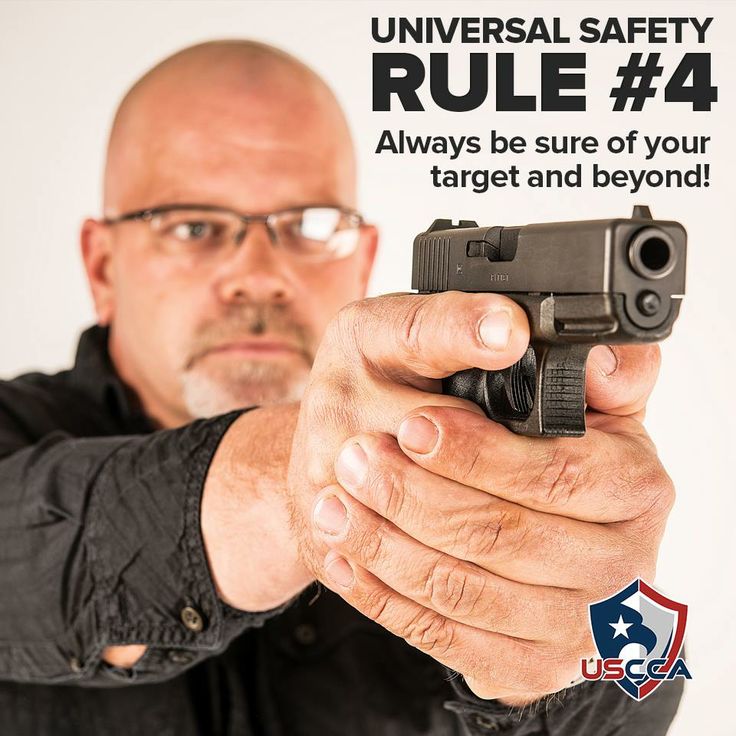 Email ThisBlogThis!Share to TwitterShare to FacebookShare to Pinterest
Labels: Rules 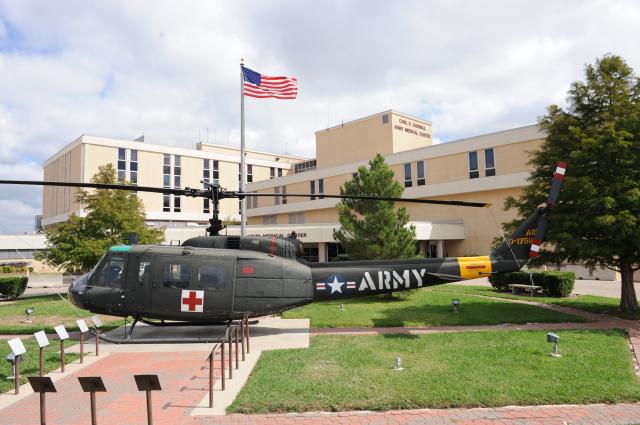 Yet another Fort Hood incident.

Details are still thin but here are a few facts tht we do know:
You will get no sympathy from me for the shooter. That is what they want. No. Not going to happen.

I wish the media would not even say his name. They want to be famous. Screw that.

--I hope his gun is traced to Leland Yee. Maybe someone would cover that story.
at Thursday, April 03, 2014 No comments: 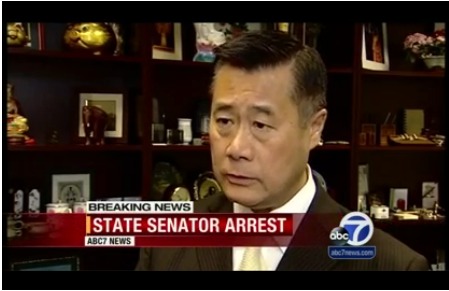 The Leland Yee scandal has revealed more than just the corruption and hypocrisy of Leland Yee.

It has revealed, once again, the depth of the hypocrisy and bias of MANY media outlets.

A politician caught red handed taking bribes and arms trafficking and basically silence from the media?

What really pisses me off is that it is working. The basic Benghazi like blackout on the facts are keeping it quiet. (crickets)

I overheard a conversation at work that got the rage up. Not only did a large knot of people (Obama-voters) not hear about it, when it was mentioned Leland Yee was identified as a Tea Party member. Not a Democrat, gun-control advocate.

That is when I had to butt in. I rarely talk politics at work. So I laid out some facts and walked away.

I am building another AR-15 for my next project. This one will be made to be light and comfortable. I have been talking about it for a while.

I am thinking the upper will be configured like this:

It will have a polymer fore-grip and iron sights only with a single point sling. I might consider a flat-top with advance, but lightweight sights. Nothing with heavy batteries though. Crisp and clean and no caffeine...