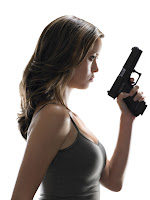 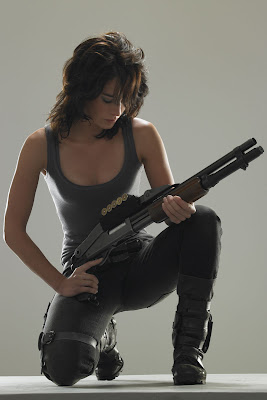 TV these days is swinging back to to more action and less political correctness.

TV shows are again portraying guns and gun users as forces for good.

On of my current favorite shows is Terminator: The Sarah Connor Chronicles (T:TSCC)

Stargate, Jericho, 24, Flashpoint are all good.

There is also a great show on the Discovery channel called Future Weapons that is really excellent.

Even computer games are now getting on track with real gun goodness. My son just got Call of Duty 4 for the Xbox 360.

"Godwin's Law (also known as Godwin's Rule of Nazi Analogies) is an adage formulated by Mike Godwin in 1990. "

The law states: "As a Usenet discussion grows longer, the probability of a comparison involving Nazis or Hitler approaches one."

"Godwin's Law is often cited in online discussions as a caution against the use of inflammatory rhetoric or exaggerated comparisons, and is often conflated with fallacious arguments of the reductio ad Hitlerum form."

Often in the gun ownership debate gun control advocates rapidly descend to invoking Hitler or the Nazi's. To me this has always signaled winning the debate. The Hitler card is usually played when logic won't help, or worse, when logic is against them.

--I find it also very amusing when they invoke Hitler but most don't know that Hitler and the Nazi's were huge gun control advocates.

I often wonder what is truely the motivation of the people behind Gun Control. Because, they say, Gun Control is not about controlling guns it's about fighting crime. They are leaping to the solution before they analyze the situation.

A buddy from high school was in town this weekend that I had not seen for a couple years. He brought with him a brand new Remington 870 that was still in the box.

We bought a case of clay pidgins and 10 boxes of 12 gauge.

I was even double tapping them! 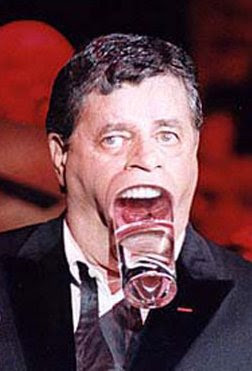 Lewis, 82, had a small .22-caliber handgun when he arrived at the security screening area on Friday at Las Vegas McCarran International Airport, said Officer Ramon Denby, a spokesman for the Las Vegas Metropolitan Police Department.

The comedian was briefly detained and the gun was seized. Lewis was cited for carrying a concealed weapon without a permit, Denby said.

Lewis, half of a wildly successful comedic duo with singer Dean Martin in the 1950s, was traveling to Mount Pleasant, Michigan, to perform a one-man show, a source close to the comedian said.

The weapon was registered to Lewis and he will need to attend a court hearing to get it back, Denby said.

www.youtube.com can be an excellent resource for a gun owner. Try it. You can find a demo for field stripping most weapons. Here is an example of field stripping a Glock:

Everything from an SKS to a Desert Eagle are in there. Very handy

Email ThisBlogThis!Share to TwitterShare to FacebookShare to Pinterest
Labels: Glock

A gunman opened fire at a church Sunday and killed two people, including a man who witnesses called a hero for shielding others from a shotgun blast.

Seven adults were also injured but no children were harmed at the Tennessee Valley Unitarian Universalist Church. Church members said they dove under pews or ran from the building when the shooting started.

The gunman was tackled by congregants and eventually taken into police custody.

Sunday morning at Church is one of the few times during the week that I go unarmed. VA has this absurd rule that I cannot carry a concealed weapon at Church during the service.

--They must figure God will protect me.